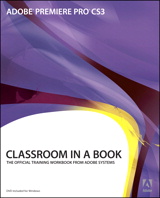 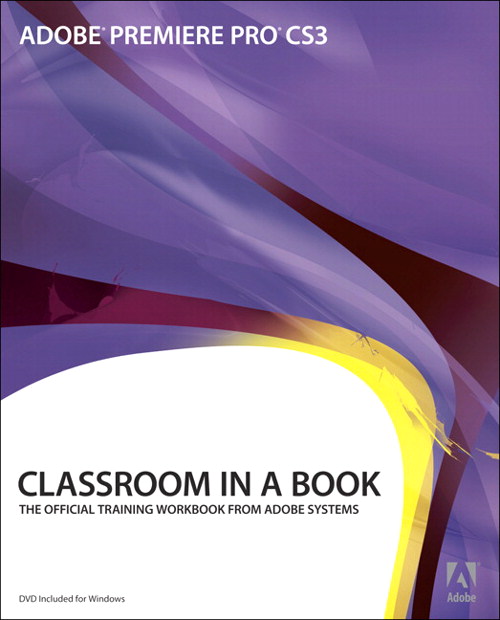 Register your product to gain access to bonus material or receive a coupon.

This eBook includes the following formats, accessible from your Account page after purchase:

EPUB The open industry format known for its reflowable content and usability on supported mobile devices.

PDF The popular standard, used most often with the free Adobe® Reader® software.

This eBook requires no passwords or activation to read. We customize your eBook by discreetly watermarking it with your name, making it uniquely yours.

Watch out, Final Cut Pro. For the first time in five years, Adobe Premiere Pro, Adobe's flagship digital video editing application, is once again available for both Macintosh and Windows users. This project-based book covers not just the basics of working with audio, creating transitions, and producing titles, but also all that's new in Premiere Pro: the ability to build Blu-ray Disc, DVD, and Flash projects with Adobe Encore CS3 (now included with Premiere Pro CS3); Adobe OnLocation CS3, which lets on-the-road users record footage directly to their computer disk--removing the need to capture video to tape later. Readers will enjoy learning to create slow-motion effects with Time Remapping, and will get up to speed on Premiere's new editing tools. What's more, users can compress their finished video for delivery to the latest handheld devices, such as mobile phones, iPods, PSPs, smartphones, and more. Best of all, the book's accompanying DVD includes real footage that you can practice on.

Get unlimited 30-day access to over 30,000 books about UX design, leadership, project management, teams, agile development, analytics, core programming, and so much more.